A tale of two rivers

There are always so many things to do so I'm glad I could make the Conwy Ascent Race this year. It's the only sea kayak race I'll be able to manage this time round. Its always so pleasing to meet the regular sea kayak race goers. 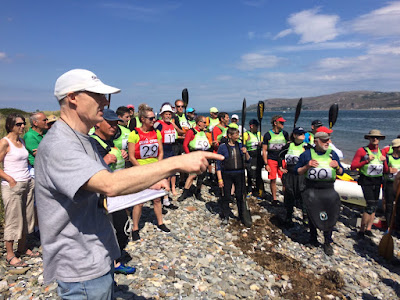 The turnout was a little less than in past years, which may have been due to the forecast of thunderstorms. The prospect of lightning and all those carbon paddles is daunting. The race was slow-going and choppy in places with a difficult southerly headwind. A couple of K2 crews succumbed to the briny in Conwy Harbour just as the Pirate Day celebrations unleashed a resounding volley from town's defensive cannons! 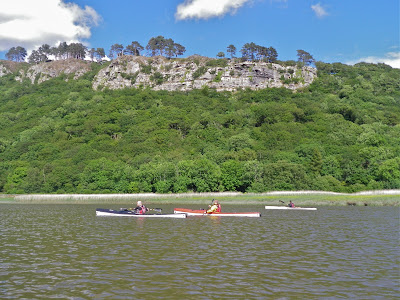 After the finish in Dolgarrog, I joined a few other competitors for a paddle back down to Conwy. With the ebbing tide and the wind at our backs, it was an easy, mellow an fitting end to the day.

Afterwards I headed over to Shrewsbury to meet up with my friend Amy who showed me around town by means of the River Severn and a Canoe. 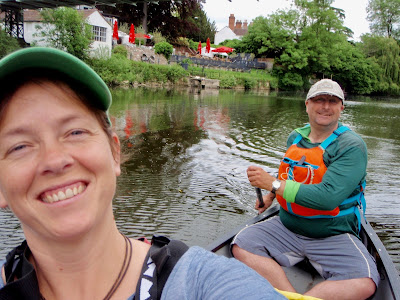 We packed up more than enough kit for our overnight camp but that's what you do, when you have a canoe!

It seemed to take forever to escape the meanders that have protected Shrewsbury from invaders (like me) throughout the ages. Eventually we found ourselves in the lush green countryside of Shropshire. Suburban gardens, wooded banks and farmland led us to Atcham and the Mytton and Mermaid Hotel. As this was a warm sunny day, we decided make the most of this opportunity to re-hydrate. 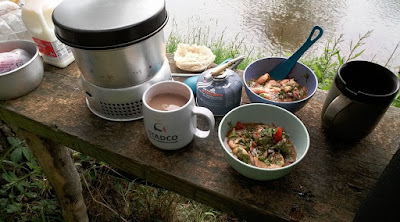 Back on the river, later in the afternoon we discovered some sandstone caves in amongst woodland. We stopped to explore for a while, made a cup of tea, explored some more, then decided that this was the perfect place to camp for the night. 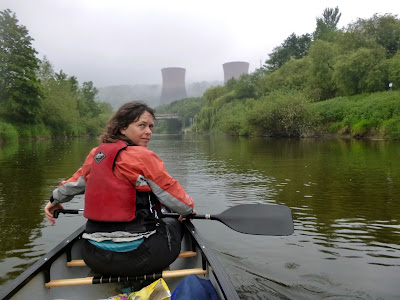 The overnight rain gave way to a chilly drizzly breeze. Such a stark contrast to the sunny weather the day before. The sight of the chimneys and cooling towers at Ironbridge was a comfort because they looked so close. However, the meandering river kept repeatedly taking us away from the town before bringing us tantalizingly closer with each looping bend.

Eventually we made it to Dale End Park where we hurried indoors to the cafe for a well-earned cup of tea and a below average, inappropriately greasy pasty.

Posted by Jim Krawiecki at 10:53 pm No comments: