St Bees in the Sun

The settled weather of last week continued into the weekend giving Saturday the potential to be a glorious day. With this in mind I was easily tempted out to the west Cumbrian coast for a paddle round St Bees Head. 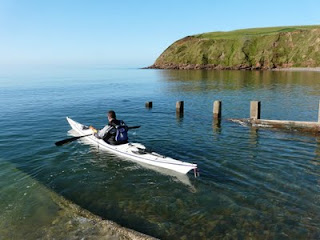 The name of St Bees is most likely to be linked to St Bega who arrived upon these shores during the 7th Century from Ireland via the Isle of Man. Records of her travels keep cropping up along the shores of northern England. We set out from the beach at St Bees close to the lifeboat station and the beginning of Alfred Wainwright's modern day pilgrim's way. 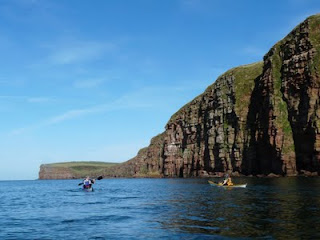 The red sandstone cliffs here rise over 80 metres vertically from the sea. South of the main headland the buttresses are regularly spaced along the cliff line like huge curtain folds. 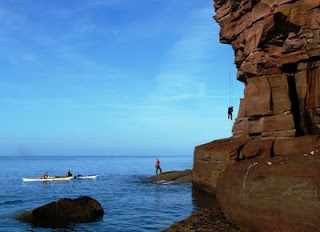 The sea was unusually calm and we chatted to some climbers who were taking advantage of the warm autumn sunshine and getting a few routes done. 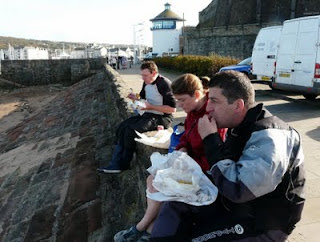 There was only one thing for it when we arrived at Whitehaven harbour. We headed for the chip shop! 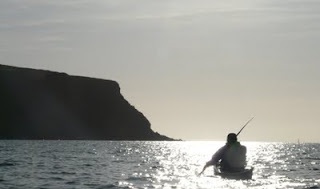 We spent too long on lunch so the journey back was a little more hurried than it looks in the photo above.
Posted by Jim Krawiecki at 8:13 am 2 comments: