Cancelled trains meant that I couldn't get to work at the Outdoors Show in London last weekend. My consolation prize came in the way of a last minute plan to join my friends from North West Sea Kayakers for land based weekend in the hills of Snowdonia. 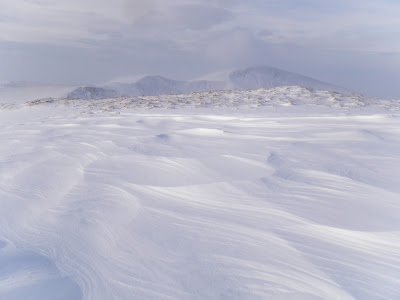 Our journey on Friday evening was hampered by freezing temperatures, strong winds and drifting snow. The last part of the road to the youth hostel was impassable by car, so we waded through soft, thigh deep drifts before settling down to a few beers and some tall stories... 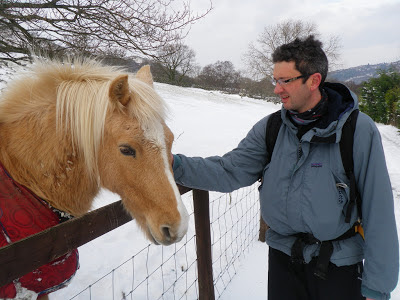 The walking on Saturday began gently enough along the lanes and past the farms that lie on the slopes to the south of Llanberis. 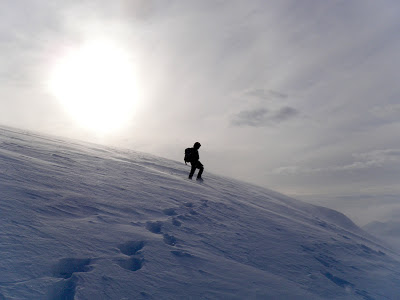 On the summit of Moel Cynghorion we got battered by icy winds and peppered with spindrift. Being well wrapped up meant that this was far from uncomfortable and actually an altogether stimulating experience. 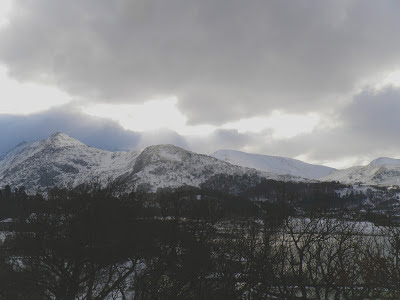 On Sunday I took my first tour of the Llanberis slate quarries. Old buildings with abandoned winding gear punctuate steep walks and scrambles through oak woodland trough to the open moors above.
Posted by Jim Krawiecki at 9:51 pm No comments:

Between Christmas and New Year I did a little tour visiting some of my friends in north Wales.

Strong winds from the south brought some entertaining surf to Trearddur Bay on Anglesey so I joined Roger and Barry for some fun in the waves.

The next day I headed for southern Snowdonia to Porthmadog to visit Stephanie who had been on the expedition to east Greenland last Summer. Stephanie is a member of the Porthmadog Rowing Club and was keen for me to join in with their 'Frosty Fish' event. 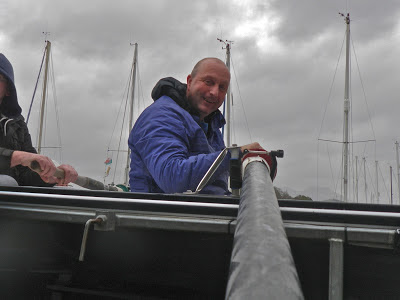 The 'Frosty Fish' event is all about introducing beginners to Sea Rowing in Celtic Longboats. There a combination of experienced rowers and novices were organised into crews and the raced over a short course. 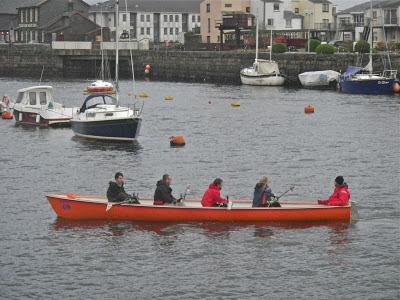 After the rowing was over there was plenty of hot food and mulled wine along with a prizes for the winning crews.
Posted by Jim Krawiecki at 8:31 am No comments: