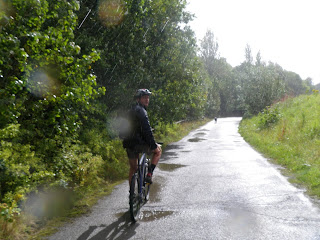 The plan for the weekend was to avoid any crazy Bank Holiday traffic. Chris and I headed east from our homes in south Manchester along the Mersey Valley on our mountain bikes. 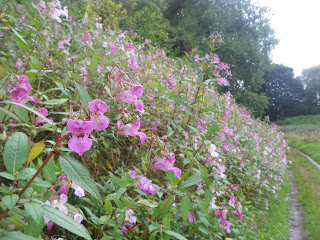 Almost Immediately I was amazed at the abundance of Himalayan Balsam. This invasive plant was introduced to the UK in the mid 1800s but has quickly got out of control causing problems in many areas.

We soon arrived at Stockport where the Mersey Valley Canoe Trail begins. Whilst we were busy getting lost in the narrow streets,  Stockport's 'Hat Museum' stood out as one that I might like to have a good look at on another day. 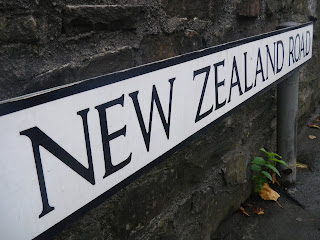 Eventually we made it to New Zealand (street), which led to the first of the parks that occupy the lower Goyt Valley. Dense woodland sheltered us from an hour or so of intense rainfall. The rain made the awkward riverside paths even more tricky as we made our way through some heavily overgrown boggy woodland before finding the Midshires Way. 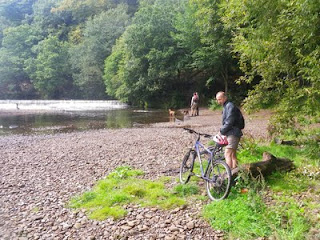 As the weather improved we found a clearing so we celebrated by stopping for lunch in the sunshine. 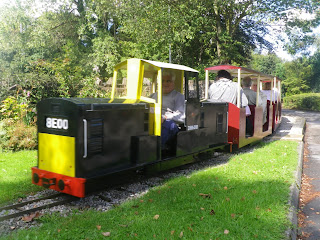 A little further up the valley we stopped at Marple Garden Centre for a well-earned cup of tea. One of the attractions at the garden centre is a miniature railway run by enthusiasts. Railways like these are  becoming more scarce possibly victim of 'health and safety culture'.

Our return journey took a different route through Stockport's Woodbank and Vernon Parks. Park life was bustling with people out enjoying the fine afternoon weather. 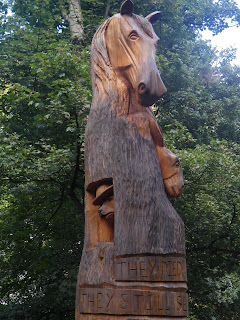 The wood sculpture is a monument to the animals that found people trapped in buildings after air raids in the Second World War. 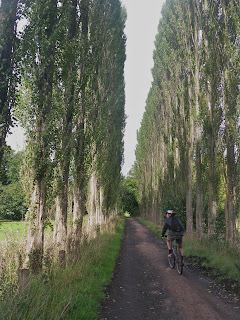 Feeling weary we negotiated the busy streets of Stockport's town centre once more before heading out west along the Mersey Valley, back home for a barbecue supper.
Posted by Jim Krawiecki at 5:44 am No comments: