The island of Bardsey is a magical place at any time of the year but springtime makes this place extra special. Its Welsh name of Ynys Enlli means 'island in the currents'. Bardsey is only two miles from the end of the Lleyn Peninsula but the strong tidal streams that run up to six knots make the crossing of Bardsey Sound particularly challenging. 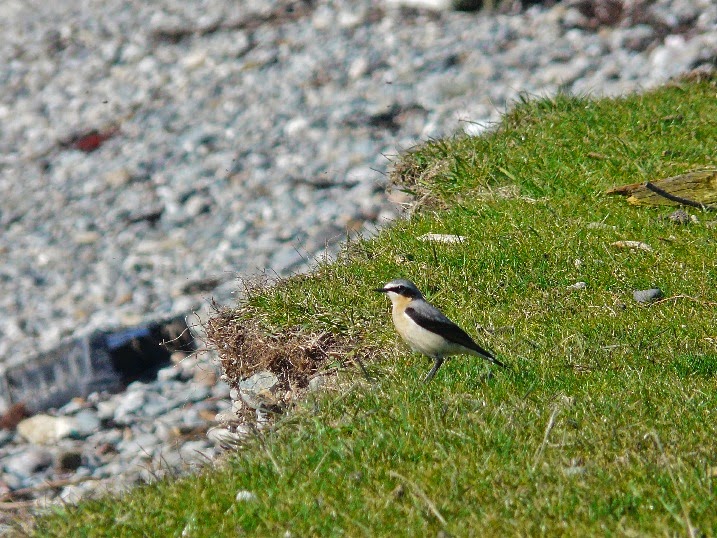 Trevor and I arrived through choppy waters on Saturday afternoon having set out from Porth Colmon on the North Coast of the Lleyn. Almost as soon as we had landed we spotted the first swallow. Throughout the weekend we would see many more of the summer visitors such as wheatear, chiffchaff and Manx shearwater. 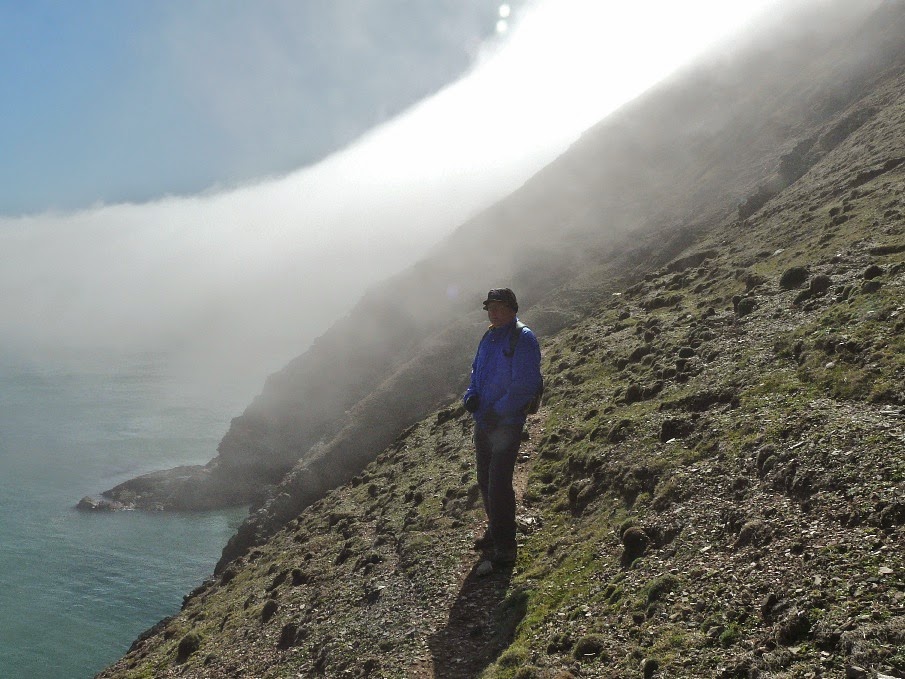 Saturday morning started with short lazy walks and before long it was lunchtime. As we set off for a tour of the island a bank of thick fog rolled in. The precipitous slopes on the east of Bardsey are no place for the faint hearted. Only the most sure footed venture here and later in the Spring the nesting sea birds should be left to themselves. 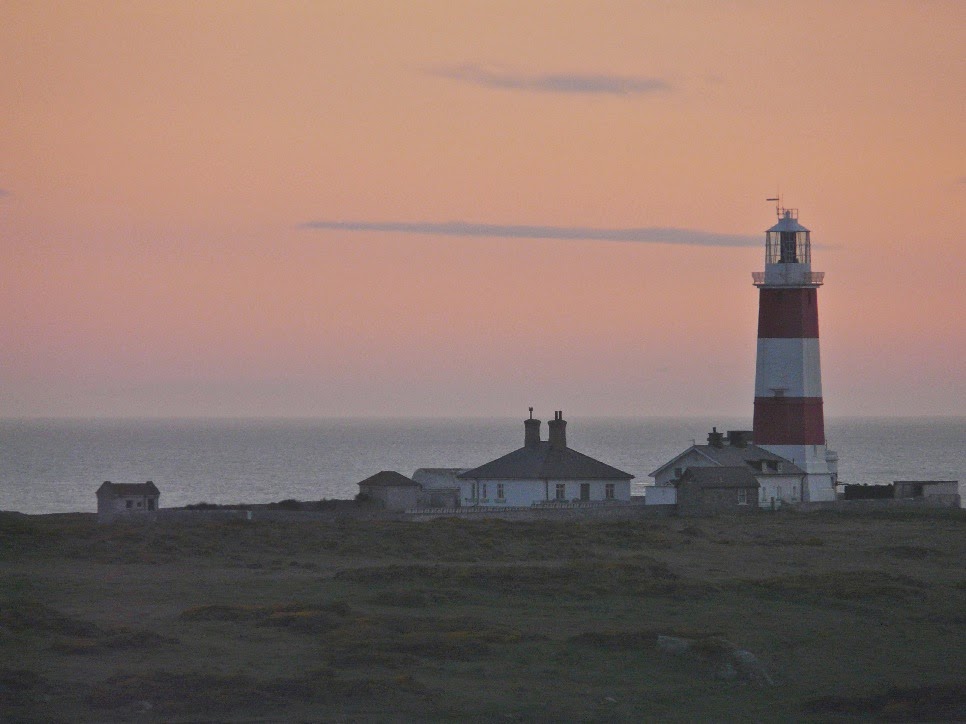 From the summit of Mynydd Enlli we could occasionally see over the banks of rolling sea fog to the higher hills of the Lleyn. Later in the afternoon the fog thinned and cleared as we arrived at the Lighthouse. 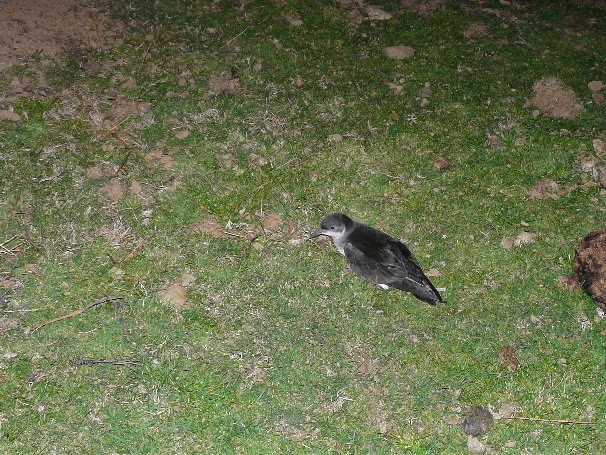 As darkness drew in the shearwaters began their eerie calls. They have returned to Bardsey from the south Atlantic to breed. They nest in small burrows on the steep ground. Their tiny legs are hardly strong enough for them to stand on but are great for tunnelling. 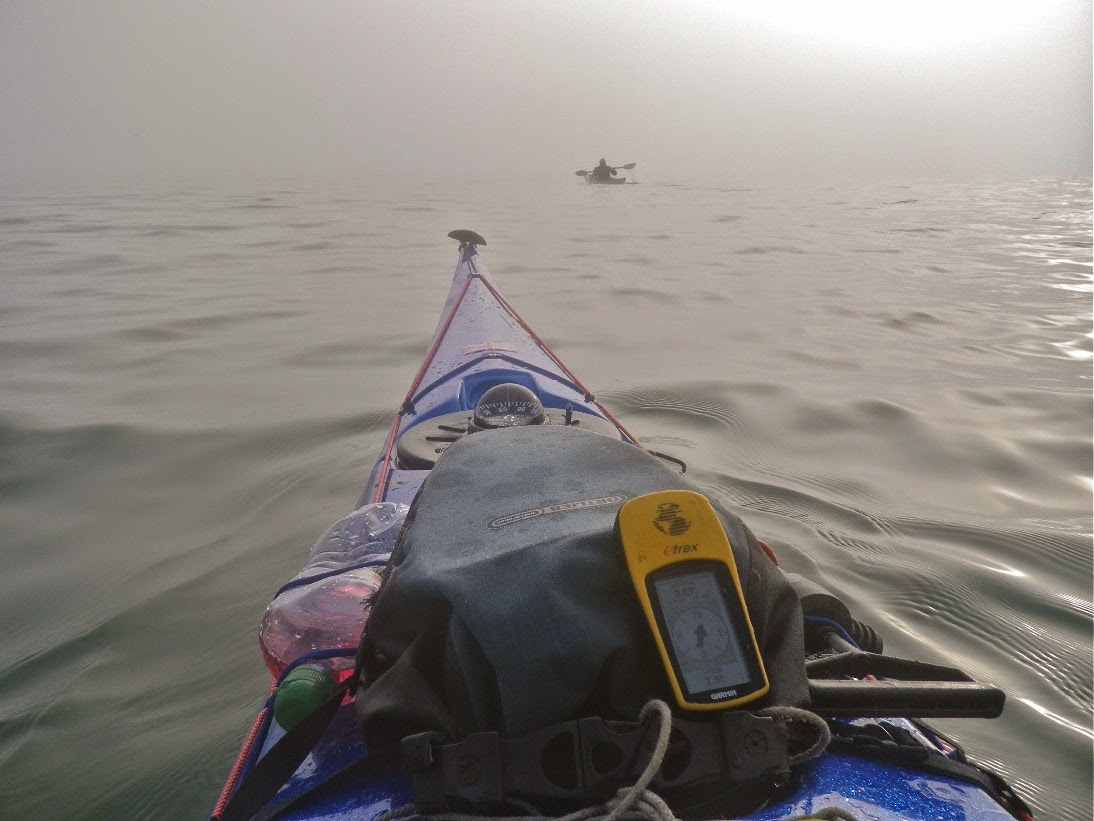 In the morning it was time to leave. There was no wind and if we could see the sea it would be calm. Dense fog had again rolled in overnight. This set us quite a challenge for finding our way back across Bardsey Sound and along the north coast of the Lleyn to Porth Colmon. I'd like to thank Trevor for his company throughout the trip and Steve & Jo Porter for their hospitality. Ben Porter is a talented photographer and his website provides further insight into the wildlife of Bardsey Island.


Posted by Jim Krawiecki at 8:30 am No comments: