A few years back I tried my hand at canoeing. At the time it was all about developing my paddling skills in preparation for doing some coaching qualifications. At first I was not all that enthusiastic but after a while, I began to enjoy the occasional trip with a single bladed paddle. It was challenging but with, time and effort I began to enjoy the slower pace of life. 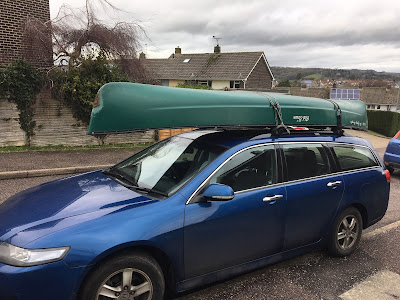 Recently I bit the bullet and bought my own open boat. Its an 'Old Town Guide 147. Just big enough for paddling tandem and hopefully small enough for me to handle on my own for solo trips. It was a long drive for me to collect it from Devon but it seemed a good way to use up a Saturday when the weather was pretty lousy. 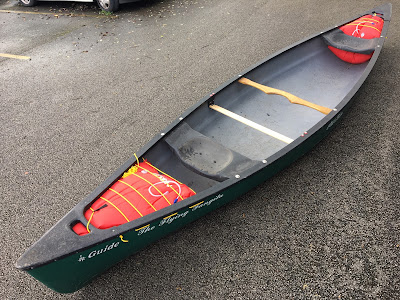 My next challenge was to do some outfitting. The canoe had no airbags or kneeling thwart. It always seems wrong to start drilling holes in a boat. Especially as I had only just bought it! Some time and some swearing later I had fitted airbags and a kneeling thwart and I was ready to take my new canoe out on the river.

Overnight rain had brought the River Goyt into condition so I joined a group from Manchester Canoe Club on one of their regular Sunday morning outings. I had a few wobbles with my first tentative strokes but soon got the hang of ferry gliding below the second weir at Brabyns Park. After that, running the grade 2 rapids was fairly straightforward.

Whether I'll try more challenging water remains to be seen. Perhaps I'll leave that until the weather gets a bit warmer.