In the bleak midwinter

Winter arrived early. Its hard to imagine that we have been in the grips of this cold snap for 3 weeks now. 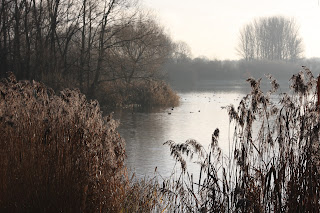 Back in November it became unseasonably cold but the ducks could swim freely and all seemed well. 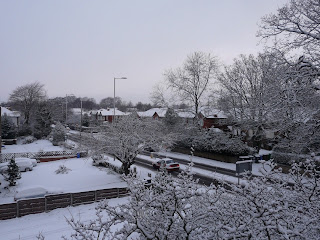 Then the snow came. Actually not all that much here in Manchester but not very far away in most directions there have been record snowfalls. Still there is enough to have a few short local outings on my cross country skis. 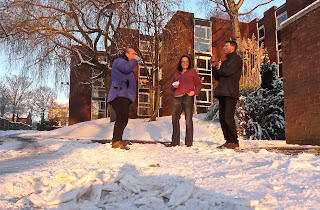 Finally, me and a few neighbours have been chipping away at the slippery ice that has accumulated on the sloping driveway to our flats. All the hard work was done by 4 o'clock which meant it was time for tea and a jolly good natter.
Posted by Jim Krawiecki at 5:21 pm No comments: