Missing my connection in Oslo was hardly the best way to begin my introduction to Norway. However, Scandinavian Airlines were very helpful and got me on my way to windswept rainy Bergen. I was met at the airport by Ronny Riise from God-Tur kayak store who together with Ashley Williams organises Padlefestivalen. 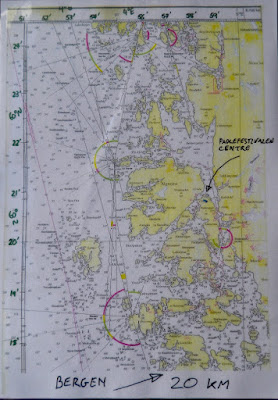 The weather on the island of Langøy was much better than in Bergen so it made a great end to Thursday to paddle around the neighbouring island of Algrøyna. This island and its associated reefs and skerries would be the central location for the activities for the coming days. The evening talk was about paddling in southern Greenland given by Camilla Ianke from Northern Exposure. 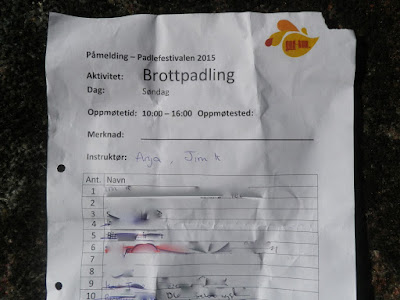 On Friday Morning I teamed up with local kayak guide Anja Rydning to run a workshop in something called 'Brottpadling'. I was relieved to discover that this was nothing to do with paddling kayaks made from bread. During the session I found that 'Brottpadling' is a mixture of rockhopping and surfing over shallow reefs and through rock gardens. The area to the north west of Algrøyna is perfect for this.

In the evening more people turned up for the weekend sessions as I prepared for deliver my talk on paddling amongst the ice and mountains of East Greenland.

On Saturday I was let loose with a group of strong paddlers who had signed up for a session entitled 'Open Ocean'. We headed out of the sheltered areas and worked our way as far north as we could without falling off the map. After a short snack break we then headed south along the outside of the reefs and skerries. 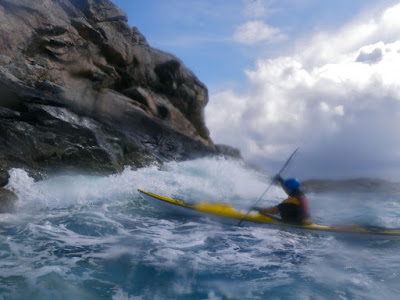 The swell exploded powerfully on any of the rocky islets. We were planning to end the day by visiting the beautiful island of Løno. However,  during our lunch break the wind and sea state increased. This made it easy to decide to leave our final destination and head back to Langøy. This meant paddling round the south west tip of Algrøyna where the seas were getting rather exciting. 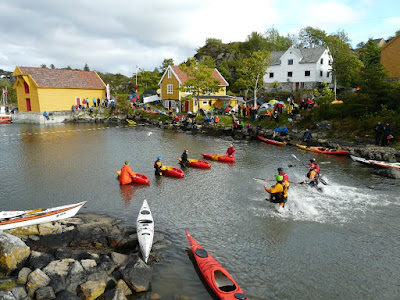 Almost as soon as we arrived back the evening entertainment began with the 'Head 2 Head Challenge' which is a light-hearted kayak competition with different categories for SUP boards, sit on kayaks and sea kayaks. All rather pleasantly silly with rules that seem to change as frequently as the wind. This was followed by Barbecue, presentations, prize giving and drinking late into the night. 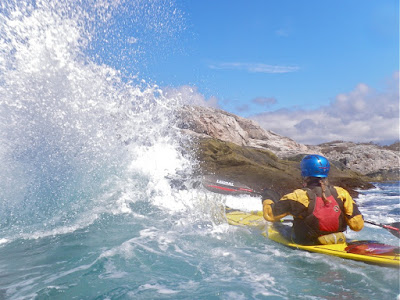 Getting motivated on Sunday was a little difficult at first but the weather was great and I was assigned to do 'Brottpaddling' again. We had excellent conditions with regular swell and a group that was game for almost anything. It was just such a shame when it was all over. I stayed on at Langøy with the organisers to help with the clean up. Most of the participants were heading home which made it an evening full of goodbyes. 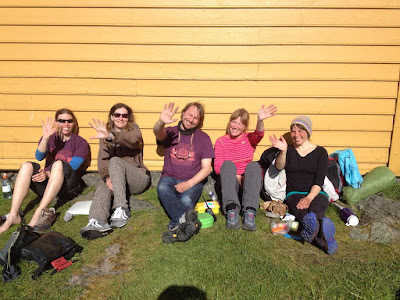 I'd like to take this opportunity to thank Ronny and Ashley for inviting me to their wonderful Padlefestivalen, Jan Kåre for putting me up on his lovely fishing boat and to Anja for showing me around the islands and educating me in the world of 'Brottpaddling'. I made so many other new friends during the festival and I'm sure I'll meet up with many of them again soon.


Posted by Jim Krawiecki at 6:23 pm No comments: