My involvement at the Kendal Mountain Film Festival was mostly kept to the 'Basecamp' retail area at the Brewery Arts Centre. Festival folk were coming and going throughout the weekend in search of information, inspiration and the odd little bargain.... 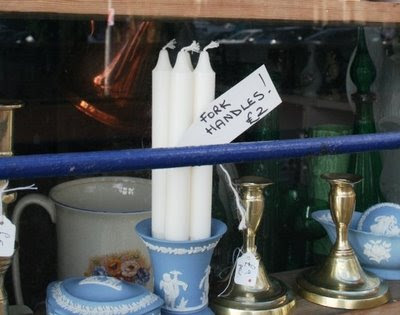 ...But it was on the high street away from the hum-drum of the festivities that I spotted the real bargain!

Unfortunately the shop was closed by the time I could find my wallet so I settled for collecting a film festival souvenir on behalf a friend. Adventure film maker Justine Curgenven won 'Best Mountain Adventure Film' with the film of her circumnavigation of the South Island of New Zealand from 'This is The Sea 4'.

Congratulations Justine!
Posted by Jim Krawiecki at 9:26 pm No comments: